A. In September 1996 a competition was organized by the Financial Times in association with the London Borough of Southwark to design a new footbridge across the Thames. The competition attracted over 200 entries and was won by a team comprising Amp (engineers), Foster and Partners (architects) and the sculptor Sir Anthony Caro.

B. The bridge opened to the public on 10 June 2000. Up to 100,000 people crossed it that day with up to 2000 people on the bridge at any one time. At first, the bridge was still. Then it began to sway, just slightly. Then, almost from one moment to the next, when large groups of people were crossing，the wobble intensified. This movement became sufficiently large for people to stop walking to retain their balance and sometimes to hold onto the hand rails for support. It was decided immediately to limit the number of people on the bridge, but even so the deck movement was sufficient to be uncomfortable and to raise concern for public safety so that on 12 June the bridge was closed until the problem could be solved.

C. The embarrassed engineers found the videotape that day which showed the center span swaying about 3 inches side to side every second. The engineers first thought that winds might be exerting excessive force on the many large flags and banners bedecking the bridge for its gala premiere. What‘s more, they also discovered that the pedestrians also played a key role. Human activities, such as walking, running ，dumping, swaying, etc. could cause horizontal forces which in turn could cause excessive dynamic vibration in the lateral direction in the bridge. As the structure began moving, pedestrians their gait to the same lateral rhythm as the bridge. The adjusted footsteps magnified the motion – just like when four people all stand up in a small boat at the same time. As more pedestrians locked into the same rhythm, the increasing oscillations led to the dramatic swaying captured on film.

D. In order to design a method of reducing the movements, the force exerted by the pedestrians had to be quantified and related to the motion of the bridge. Although there are some descriptions of this phenomenon in existing literature, none of these actually quantifies the force. So there was no quantitative analytical way to design the bridge against this effect. An immediate research program was launched by the bridge‘s engineering designers Ove Arup, supported by a number of universities and research organizations.

E. The tests at the University of Southampton involved a person walking “on the spot” on a small shake table. The tests at Imperial College involved persons walking along a specially built, 7.2m-long platform which could be driven laterally at different frequencies and amplitudes. Each type of test had its limitations. The Imperial College tests were only able to capture 7-8 footsteps, and the “walking on the spot” tests, although monitoring many footsteps, could not investigate normal forward walking. Neither test could investigate any influence of other people in a crowd on the behavior of the individual being tested.

F. The results of the laboratory tests provided information which enabled the initial design of a retro – fit to be progressed. However, the limitations of these tests was clear and it was felt that the only way to replicate properly the precise conditions of the Millennium Bridge was to carry out crowd tests on the bridge deck itself. These tests done by the Arup engineers could incorporate factors not possible in the laboratory tests. The first of these was carried out with 100 people in July 2000. The results of these tests were used to refine the load model for the pedestrians. A second series of crowd tests was carried out on the bridge in December 2000. The purpose of these tests was to further validate the design assumptions and to load test a prototype danger installation. The test was carried out with 275 people.

Choose FOUR letters, A – H. Write the correct letters in boxes 14 – 17 on your answer sheet. Which FOUR of the following situation were witnessed on the opening ceremony of the bridge

A. The frequency of oscillation increased after some time.

B. All the engineers went to see the ceremony that day.

C. The design of the bridge astonished the people.

E. Pedestrians had difficulty in walking on the deck.

F. The bridge fell down when people tried to retain their balance.

G. Vibration could be detected on the deck by the pedestrians.

H. It was raining when the ceremony began.

Complete the table below. Choose NO MORE THAN THREE WORDS from Reading Passage 2 for each answer. Write your answers in boxes 23 – 26 on your answer sheet. 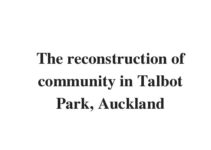 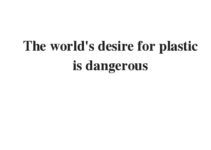