Together with my mother, he is the very person who brought me into this wonderful world. From my childhood, he has raised me with his great care, affection and mentorship. He has taught me moral lessons about the world, people and values. Despite having a busy schedule, he has always given motivational support to me on my education and has dedicated his life to his family.

My father is an exemplary person who has led an honest life. As a high ranking government officer, he had many chances to pile up personal riches but he has always known the right things to do and never broke the rules. The basic notion of humanity and the importance of education were values he delivered to me. He is now a retired person and leads his serene and peaceful like with contentment and happiness. Whenever I have to confront difficulties, he always stands by me and encourages me not to give up.

As a father, I would say he has done everything possible to raise me and my sister. He has spent his entire life catering for our demands and looking after our interests while he went through much hardship. His immense love and great sacrifice is an incentive for me to study and work harder.

1. unmatched [adjective]:  better than all others

Eg:  He had a talent  unmatched by any ot her  politician in this country.

2. bravery [noun]:  the will to do things that are dangerous, difficult or painful

Eg: His bravery in rescuing the survivors from the crash was reported on the news.

3. resourcefulness [noun]: the ability to be good at finding ways of doing things and solving problems

Eg:  Resourcefulness is an essential quality for a good employee.

4. affection [noun]: the feeling of liking or loving sth/sb very much

Eg: Children nowadays need a lot of attention and affection.

Eg: Her motivational support gave him strength to pass the difficult exam.

6. (to) dedicate [verb]: to give a lot of your time and effort to sth because you think it is important

Eg: He has dedicated all his life to helping poor people.

7.  exemplary [adjective]:  providing a good example for sb to copy

Eg: Minh is the most exemplary student in our class this semester.

8.  contentment [noun]: a feeling of happiness and satisfaction

Eg: She looked back on her teaching career with contentment when she thought of all the students that she had helped.

9. (to) confront sth [verb]:  to deal with a problem or difficult situation

Eg: She knew that she had to confront her fear of heights and climb the ladder.

10. hardship [noun]: a situation that is difficult and unpleasant

Eg: People had to suffer many hardships to overcome that winter.

11. sacrifice [noun]:  the fact of giving up sth important or valuable to you to get or to give it to sb else

Eg: His parents made sacrifices so that he could have a good education.

12. incentive [noun]:  sth that encourages you to do sth

Eg: There is no incentive to continue doing this project – our design will never be approved. 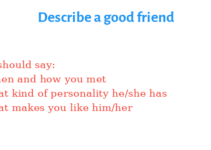 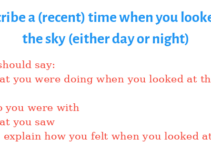 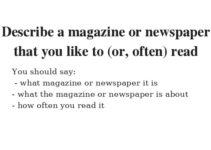