A Chronicle of Timekeeping

1. a description of an early timekeeping invention affected by cold temperatures.

Keywords:early, timekeeping, cold temperatures
In  paragraph  D,  the  writer  indicates  that  “In  order  to  track  temporal  hours  during the  day,  inventors created  sundials,  which  indicate  time  by  the  length  or  direction  of  the  sun‟s  shadow.  The  sundial‟s counterpart, the water clock, was designed to measure temporal hours at night. One of the first water clocks was a basin […]. Although these devices performed satisfactorily around the Mediterranean; they could not always be depended on in the cloudy and freezing weather of northern Europe.”
–     early~one of the first
–     cold=freezing
=>ANSWER: D

Keywords: geography, calendar, farming communities
In  paragraph  B,  the  writer  states  that  “Before  the  invention  of  artificial  light,  the  moon  had  greater social  impact.  And,  for  those  living  near  the  equator  in  particular,  its  waxing  and  waning  was  more conspicuous  than  the  passing  of  the  seasons.  Hence,  the  calendars  that  were  developed  at  the  lower latitudes  were  influenced  more  by  the  lunar  cycle  than  by  the  solar  year.    In  more  northern  climes, however, where seasonal agriculture was practised, the solar year became more crucial.”
–  farming=agriculture
=>ANSWER: B

3.  a description of the origins of the pendulum clock

Keywords: origins, pendulum clock
In paragraph F, the writer says that “By the 16th  century, a pendulum clock  had been devised, but the pendulum swung in a large arc and thus was not very efficient.”
=>ANSWER: F

Keywords: calculate time, uniform hours
paragraph E, the writer says that   “….in  the early 14    century, a number of systems  evolved.  The schemes that divided the day into 24 equal parts varied according to the start of the count: Italian hours began at sunset, Babylonian hours at sunrise, astronomical hours at midday and „great clock‟ hours, used for some large public clocks in Germany, at midnight. Eventually these were superseded by „small clock‟, or French, hours, which split the day into two 12-hour periods commencing at midnight.”  So, these efforts all occurred at around the same time (= simultaneously) in the early 14th    century, based on 24 equal parts (= uniform hours) in different countries (= different societies).
=>ANSWER: E

Questions 5-8: Look at the following events (Questions 5-8) and the list of nationalities below.

5. They devised a civil calendar in which the months were equal in length.

Keywords: a civil calendar, months, equal in length
In  paragraph  C,  the  writer  explains  that  “Centuries  before  the  Roman  Empire,  the  Egyptians  had formulated a municipal calendar having 12 months of 30 days, with five days added to approximate the solar year.”  Therefore, the Egyptians devised this calendar.
–  devised=formulated
–  civil=municipal
– he months were equal in length ~ 12 months of 30 days
=>ANSWER: B

6. They divided the day into two equal halves

7. They developed a new cabinet shape for a type of timekeeper.

Keywords: new, cabinet shape, timekeeper.
In  paragraph  G,  the  writer  says  that  in  England  in  1670,  the  invention  of  the  anchor  escapement enabled the pendulum to travel in a very small arc, which means that it moved only a short distance.   So a long pendulum which beat once every second could be used   “….and thus led to the development of a  new floor-standing case design, which became known as the grandfather clock.‟   So, this  grandfather clock, a type of timekeeper, stood on the floor, and the pendulum moved inside the tall case, shaped lack a cabinet.
=>ANSWER: D

8. They created a calendar to organize public events and work schedules.

Keywords: calendar, organize public events, work schedules
In  the  first  paragraph,  the  writer  says  that  “the  Babylonians  began  to  measure  time,  introducing calendars  to  co-ordinate  communal  activities,  to  plan  the  shipment  of  goods  and,  in  particular,  to regulate planting and harvesting.”
– organize public events = co-ordinate communal activities
=>ANSWER: A

Questions 9-13: Label the diagram below.

Keywords:  1670,  lever-based device.  Thus, all the answers will be found in paragraph G.

In paragraph G, the writer says that “It was called the  anchor escapement, which was a lever-based device shaped like a ship‟s anchor”
– resembling=be shaped like
=>ANSWER: (ship‟s) anchor

In paragraph G, the writer explains that “The motion of a pendulum rocks this device (escapement) so that it catches and releases each tooth of the escape wheel.”
=>ANSWER:      10.(escape) wheel     11. tooth

Air traffic control in the USA

In this paragraph, the writer indicates that “An accident that occurred in the skies over the Grand Canyon in 1956  resulted  in  the  establishment  of  the  Federal  Aviation  Administration  (FAA)  to  regulate  and oversee the operation  of  aircraft in  the skies over the United  States” So, this paragraph’s main idea is aviation disaster prompts action.
–  disaster=accident
=>ANSWER: ii

In  this  paragraph,  the  writer  argues  that  “It  was  only  after  the  creation  of  the  FAA  that  full-scale regulation  of  America‟s  airspace  took  place,  and  this  was  fortuitous,  for  the  advent  of  the  jet  engine suddenly resulted  in  a  large  number  of  very  fast  planes…”  So,  this  paragraph  is  about  two  coincidental developments.
–  coincidental= fortuitous
=>ANSWER: iii

In  this  paragraph,  the  writer  argues  that  “Many  people  think  that  ATC  consists  of  a  row  of controllers sitting in front of their radar screens at the nation’s airports, telling arriving and departing traffic what to do. This is a very incomplete part of the picture.” So, this paragraph is about a view about ATC which is oversimplified.
=>ANSWER: v

In this paragraph, the writer writes about airspace; especially altitude zones: “In general,  from 365m above  the  ground  and  higher,  the  entire  country  is  blanketed  by  controlled  airspace.  In  certain  areas, mainly near  airports,  controlled  airspace  extends  down  to  215m above  the  ground  […]  In  this  way,  the recreational  pilot  who simply wishes to  go flying for a while  without  all  the restrictions  composed by  the FAA has only to stay in uncontrolled airspace, below 365m.” So, the correct heading for this paragraph is setting altitude zones.
=>ANSWER: iv

Question 20-26: Do the following statements agrees with the given information of the reading passage?

20. The FAA was created as a result of the introduction of the jet engine.

Keywords: FAA, created, jet engine
In  paragraph  C,  the  writer  argues  that  “It  was  only  after  the  creation  of  the  FAA  that  full-scale regulation  of  America‟s  airspace  took  place,  and  this  was  fortuitous,  for  the  advent  of  the  jet  engine suddenly resulted in a large number of very fast planes…” This means that the jet engine was created after the formation of the FAA.
=>ANSWER: FALSE

21. Air Traffic Control started after the Grand Canyon crash in 1956

22. Beacons and flashing lights are still used by ATC today.

23.  Some improvements were made in radio communication during World War II

Key words: improvements, radio communication, World War II
In paragraph C, the writer explains that “In the 1940s, ATC centres could and did take advantage of the  newly  developed  radar  and  improved  radio  communication brought  about  by  the  Second  World War.” =>ANSWER: TRUE

24. Class F airspace is airspace which is below 365m and not near airports.

25. All aircraft in Class E airspace must use IFR

Keywords: All, Class E, must use IFR
In the last paragraph, the writer says that “The difference between Class E and A airspace is that in Class A, all operations are IFR…” This means that not all aircraft in Class E airspace must use IFR.
=>ANSWER: FALSE

26. A pilot entering Class C airspace is flying over an average-sized city.

Questions 27-30: Complete each sentence with the correct ending, A-G, below.

27. Researchers with differing attitudes towards telepathy agree on

Keywords: differing attitudes, telepathy, agree
In paragraph 2, the writer states that  “Some researchers say the results constitute compelling evidence that telepathy is genuine. Other parapsychologists believe the field is on the brink of collapse, having tried to  produce  definitive  scientific  proof  and  failed.  Sceptics  and  advocates  alike  do  concur  on  one  issue, however: that the most impressive evidence so far has come from the so-called “ganzfeld experiments”, a German term that means “whole field””.
–  Researchers with differing attitudes= Sceptics and advocates
–  agree on=concur on
=>ANSWER: E (the significance of the ganzfeld experiments)

28. Reports of experiences during meditation indicated

Keywords: reports, meditation, indicated
In  paragraph  2,  the  writer  argues  that    “Reports  of  telepathic  experiences  had  by  people  during meditation led parapsychologists to suspect that telepathy might  involve „signals‟ passing between people that  were  so  faint  that  they  were  usually  swamped  by  normal  brain  activity.  In  this  case,  such  signals might  be  more  easily  detected  by those  experiencing  meditation-like  tranquility  in  a  relaxing  „whole- field‟ of  light, sound  and  warmth.”   This  means that a suitable environment  (a relaxing „whole-field‟ of light, sound and warmth)  should be created so that such signals could be easily detected.
=>ANSWER: B (the need to create a suitable environment for telepathy)

29. Attitudes to parapsychology would alter drastically with

Keywords: attitudes, alter, with
In  paragraph  7,  the  writer  says  that  “What  they are  certainly not  finding,  however,  is  any change  in attitude of mainstream scientists: most still today reject the very idea of telepathy. The problem stems at least  in  part  from  the  lack  of  any  plausible  mechanism  for  telepathy.”   This  means  that  if  there  is  a plausible mechanism for telepathy, attitudes to parapsychology would alter drastically.
– alter=change
=>ANSWER: A (the discovery of a mechanism for telepathy)

30.  Recent autoganzfeld trials suggest that success rates will improve with

Keywords: autoganzfeld, success rate, improve
In the last paragraph, the writer indicates that “Some work has begun already, with researchers trying to identify people who are particularly successful in autoganzfeld trials. Early results show that creative and artistic people do much better than average: in one study at the University of Edinburgh, musicians achieved  a  hit-rate  of  56  per  cent.”    This  means  that  success  rates  will  improve  with  a  more  careful selection of subjects.
– success rate=hit-rate
=>ANSWER: F (a more careful selection of subjects)

Questions 31-40: Complete the table below.

Keywords: positive results, factors
In paragraph 4, the writer says that “there were  many other ways of getting positive results. These ranged  from  „sensory  leakage‟  –  where  clues  about  the  pictures  accidentally  reach  the  receiver  –  to outright fraud.”
=>ANSWER:      34. sensory leakage   35. outright fraud

Keywords: Autoganzfeld studies 1987, key tasks
In paragraph 5, the writer indicates that “After this, many researchers switched to autoganzfeld tests – an  automated  variant  of  the  technique  which  used  computers  to  perform  many of  the  key  tasks  such  as random  selection  of  images.  By  minimising  human  involvement,  the  idea  was  to  minimise  the  risk  of flawed results.”
– limit=minimise
=>ANSWER:      36. computers  37. human involvement

Keywords: results, subjected to
In  paragraph  5,  the  writer  says  that  “In  1987,  results  from  hundreds  of  autoganzfeld  tests  were  studied by Honorton in a „meta-analysis‟, a statistical technique for finding the overall results from a set of studies.”
=>ANSWER: meta-analysis

39-40. 39…..between different test results was put down to the fact that sample groups were not  40….. (as with most ganzfeld studies)

Keywords: flaw, test results, sample groups
In paragraph 6, the writer explains that “Yet some parapsychologists remain disturbed by the lack of consistency   between   individual   ganzfeld   tests.   Defenders   of   telepathy   point   out   that   demanding impressive  evidence  from  every  study  ignores  one  basic  statistical  fact:  it  takes  large  samples  to  detect small  effects.  If,  as  current  results  suggest,  telepathy produces  hit-rates  only marginally  above  the  25  per cent  expected  by chance,  it‟s  unlikely  to  be  detected  by  a  typical  ganzfeld  study  involving  around  40 people: the group is just not big enough.”
=>ANSWER:      39. lack of consistency   40. big enough 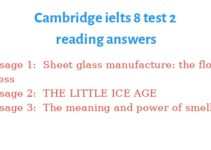 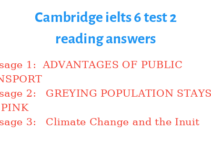 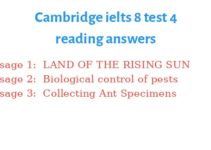