1. furniture
Explanation: paragraph 2
“This is an important source of timber for building houses, and is increasingly being used as a replacement for endangered hardwoods in the furniture construction industry.”
the making of = construction

2. sugar
Explanation: paragraph 2
“Immature coconut flowers are tightly clustered together among the leaves at the top of the trunk. The flower stems maybe stapped for their sap to produce the drink, and the sap can also be reduced by boiling to produce a type of sugar used for cooking. ”
used as = produce; a = a type of

3. ropes
Explanation: paragraph 3
“The thick fibrous middle layer produces coconut fiber, ‘coir’, which has many uses and is particularly important in manufacturing ropes.”
used for = manufacturing

4. charcoal
Explanation: paragraph 3
“The woody innermost layer, the shell, with its three prominent ‘eyes’, surrounds the seed. An important product obtained from the shell is charcoal, which is widely used in various industries as well as in the home as a cooking fuel. ”

6. hormones
Explanation: paragraph 4
“Initially, the endosperm is a sweetish liquid, coconut water, which is also enjoyed as a drink, but also provides the hormones which encourage other plants to grow faster and produce higher yields.”

7. cosmetics
Explanation: paragraph 4
“Dried coconut flesh, ‘copra’, is made into coconut oil and coconut milk which are widely used in cooking in different parts of the world, as well as in cosmetics.”
as well as = and

9. FALSE
Interpretation: Section 5: “The large, energy-rich fruits are able to float in water and tolerate salt, but can not remain viable indefinitely; studies suggest after about 110 days at sea they are no longer able to germinate. Literally cast onto desert island shores with little more sand to grow in and exposed to the full glare of the tropical sun, coconut seeds are able to germinate and root.

11. NOT GIVEN
Explanation: Paragraph 6: “ But the origin of coconuts discovered along the west coast of America by 16th century sailors has been the subject of centuries of discussion. Two diametrically opposed origins have been proposed: that they came from Asia , or that they were native to America.”

12. TRUE
Explanation: Paragraph 6: “ In Asia, there is a large degree of coconut diversity and evidence of millennia of human use – but there are no relatives growing in the wild.”

13. NOT GIVEN
Explanation: Paragraph 6: “ These problems have led to the intriguing suggestion that coconuts
originated on coral islands in the Pacific and were dispersed from there.”

15. C ( Patricia Kuhl)
Explanation: paragraph F
“ Finding activation in motor areas of the brain when infants are simply listening is significant, because it means the baby brain is engaged in trying to talk back right from the start, and suggests that seven-month-olds’ brains are already trying to figure out how to make the right movements that will produce words,’ says co-author Patricia Kuhl.
listen = hear; create speech = produce words; are trying = efforts

20. bridge hypothesis
Explanation: Paragraph C: “ Their role may be rooted in what is called the bridge hypothesis, which dates back to 1975. It suggests that fathers use less familial language to provide their children with a bridge to the kind of speech they’ll hear in public.”
provide = prepare; children = infants

22. ( audio – recording) vests
Explanation: Paragraph D: “ Scientists from the University of Washington and the University of Connecticut collected thousands of 30-second conversations between parents and their babies, fitting 26 children with audio-recording vests that captured language and sound during a typical eight-hour day.”
capture = record

24. F
Explanation: Paragraph F
“ Finding activation in motor areas of the brain when infants are simply listening is significant, because it means the baby brain is engaged in trying to talk back right from the start, and suggests that seven-month-olds’ brains are already trying to figure out how to make the right movements that will produce words,’
activation = change; seven-month-olds’ brains = before the end of their first year

25. A
Explanation: Paragraph A
“ Most babies start developing their hearing while still in the womb, prompting some hopeful parents to play classical music to their pregnant bellies.”
still in the womb = before birth

26. E
Explanation: Paragraph E
“ …found that babies seem to like listening to each other rather than to adults – which may be why baby talk is such a universal tool among parents.”

27. C
Keyword(s): explanations (more than 1 explanation)
Explanation: Paragraph C: (1) ‘Some have claimed that major glacier-fed rivers changed their course (cause), dramatically affecting the water supply and agriculture’ (consequence)→ 1st
explanation; (2) ‘the cities could not cope with an increasing population (cause), they exhaust
their resource base, the trading economy broke down or they succumbed to invasion and conflict’ (likely consequences)→ 2 nd explanation;  (3) ‘climate change (cause) caused an environmental change that affected food and water provision’ (consequence) →3 rd explanation.

28. H
Keyword(s): present-day application = modern application
Explanation: Paragraph H, Petrie’s quote: ‘By investigating responses to environmental pressures and threats, we can learn from the past to engage with the public, and the relevant governmental and administrative bodies, to be more proactive in issues such as…’
→ to engage with means to make an effort to understand and deal with someone or something (MacMillan online dictionary)
→ to be proactive means taking action and making changes before they need to be made, rather than waiting until problems develop (MacMillan online dictionary)

29. A
Keyword(s): a difference = only 1 difference; another culture = only 1 other culture
Explanation: Paragraph A, ‘But their lack of self-imagery – at a time when the Egyptians were carving and painting representations of themselves all over the temples – is only part of the mystery.’ → the difference

30. B
Keyword(s): features (more than 1 feature), urban (in the city)
Explanation: Paragraph B, ‘As population increased, cities were built that had great baths, craft workshops, palaces and halls laid out in distinct sectors. Houses were arranged in blocks, with wide main streets and narrow alleyways, and many had their own wells and drainage systems.’

31. D
Keyword(s): errors (more than 1 error) made by previous archaeologists

Explanation: Paragraph D, ‘…found early in their investigations that many of the archaeological sites were not where they were supposed to be, … (→1 st error) When carried out a survey of how the larger area was settled in relation to sources of water, they found inaccuracies in the
published geographic locations of ancient settlements (→ 2 nd error)… They realized that any
attempt to use the existing data were likely to be fundamentally flawed. (→ Conclusion: previous findings were likely to be inaccurate from the beginning)

33. lake
Explanation: Paragraph E, ‘But we have observed that there was an abrupt change about 4,100 years ago, when the amount of evaporation from the lake exceeded the rainfall – indicative of a drought.’

35. grains
Explanation: Paragraph G, ‘Petrie and Singh’s team is now examining archaeological records and trying to understand details of how people led their lives in the region five millennia ago. They are analysing grains cultivated at the time…’
analyse → look at; at the time = five millennia ago

37. B – Ravindanath Singh
Explanation: Paragraph F, Singh’s quote: ‘Considering the vast area of the Harappan Civilisation with its variable weather systems, it is essential that we obtain more climate data from areas close to the two great cities at Mohenjodaro and Harappa and also from the Indian Punjab.’
It is essential → to be vital; obtain more climate data → find further information about changes to environmental conditions

38. A – Cameron Petrie
Explanation: Paragraph H, Petrie’s quote: ‘By investigating responses to environmental pressures and threats, we can learn from the past to engage with the public, and the relevant governmental
and administrative bodies, to be more proactive in issues such as…’
Investigating responses → examining previous patterns of behaviour
long-term benefits are in bold.

40. A – Cameron Petrie
Explanation: Paragraph B, Petrie’s quote: ‘There is plenty of archaeological evidence to tell us about the rise of the Harappan Civilisation, but relatively little about its fall’
relatively little → lacking; fall → decline 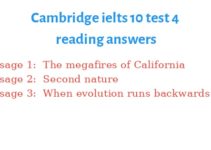 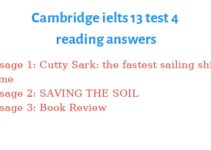