1. What do you consider to be the world’s worst environmental disaster caused by humans?

I think that may be the nuclear disaster in Chernobyl, Ukraine. In that case there was an explosion and nuclear meltdown. It caused great loss of life. The environment was badly affected and it is still affected today and could be for many years. There are also many people who are still getting sick from the disaster and no one can live anywhere near the site. Of course there are many other serious ones, some more recent such as the oil spills in Africa and the US.

2. Why do you think environmental disasters caused by humans happen?

It could be for different reasons. In some cases it is simply because not enough care is taken. Maybe procedures are not good enough. It could also be because the drive for profit means that there is cost cutting and that again could mean that good procedures are not in place. There is usually a situation when a disaster happens where blame will be deflected and it is difficult to establish exactly who is responsible. Nobody wants to admit responsibility because it means they will have to pay compensation. Sometimes a disaster can happen because of a simple mistake by someone.

3. Do you think there will be more environmental disasters caused by humans in the future?

I don’t think there will necessarily be more. Procedures are always getting tighter so in theory there should be fewer, but mistakes will always happen so I’m sure they will continue unfortunately. Governments must continue to prosecute any companies that do cause environments problems or disasters so that they are less likely to happen again

4. Do you think that governments around the world are doing enough to tackle the problems?

No, usually I don’t think they are doing enough. There are countries that do what they can do help their people when problems occur and they are trying to come up with measures to mitigate the effects but when it comes to the major issue of global warming countries are not doing enough. We see time and again that no agreement can be made on how to reduce carbon footprints. This is usually because governments know that to make a serious reduction in carbon dioxide emissions they will have to sacrifice economic growth and they are not prepared to do this. Governments think very short-term. They know that if there is economic decline, then they will be voted out

5. Tell me about some of the environmental problems that are affecting countries these days?

Well, there are a lot at the moment. Although it has not been proven for sure, there is a great deal of consensus about the fact that global warming is leading to severe weather change and this is resulting in many problems. We are seeing a lot of countries with the same problems that they have always had but on a much larger scale. For example, in the United States there seem to be far more hurricanes and tornadoes than in the past, with more devastating effects. There seems to constantly be news of serious flooding in many countries from Asia to Europe. Forest fires also seem to be getting worse, particularly each year in Australia. 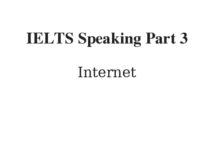 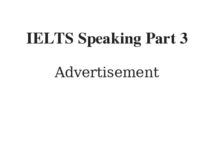 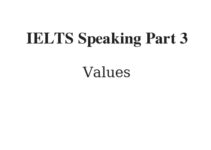